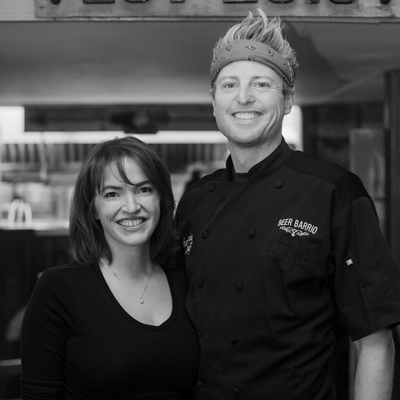 brought together by the love of food

Stephen and Hayley have been in the food world for over 20 years. Individually they have created success and forged their own paths, together they have built a locally loved family business.

Beer Sommelier Hayley Jensen serves as both as Beverage Director and General Manager. Hayley began her restaurant career in her teens, working in every position from drive-thru, to hostess, to server, bartender, beverage director, and general manager. Her passion for beer led her to Europe where she traveled the beer countries. She lived in London to further hone her skills, working for an importer/distributor, as well as in an acclaimed craft beer store and pub. Her career-making moment, however, was in New York City, where during her time at DBGB Kitchen & Bar, she became Chef Daniel Boulud’s first Beer Sommelier.

She has expansive media experience, appearing on The Today Show, Fox & Friends, NYC’s Nightly News, The Better Show, and more. She also serves on the Beer Tasting Panel at the NY Times and has been profiled by the Wall Street Journal, in addition to many other print publications. Her dream came true when she opened two restaurants and a brewery with her family!

Chef Stephen Durley is extremely well-rounded, with degrees in Baking & Pastry, Restaurant & Hospitality Management, and Culinary Arts. He has worked as a baker, pastry cook, savory cook, and Chef. He and wife Hayley Jensen are also avid homebrewers. He has worked for some of New York City’s most prestigious chefs, such as Daniel Boulud and Jean-Georges Vongerichten. He also served as Executive Chef at well-known Craft Beer Bars Rattle & Hum and Taproom No. 307. He has appeared on television on Beat Bobby Flay. Chef Stephen describes the food menu at first restaurant Beer Barrio as “beer-infused modern Mexican with a Southern twist.” He also prides himself on sourcing the majority of our ingredients locally. 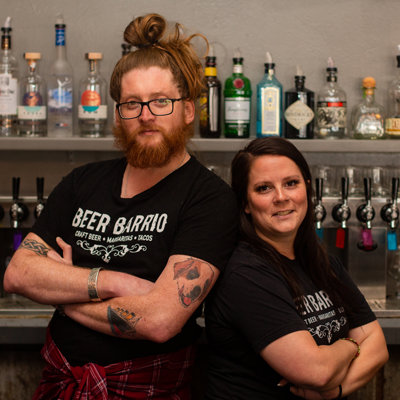 Joe has been on the Beer Barrio team since opening in 2015. He has mastered all front of house positions, and can usually be found welcoming and serving our patrons on all the busy nights. He also loves his family, including his dog Nala, and playing guitar.

Kelsey has been a part of the team since opening in 2015. She manages the front of house team, and has curated a busy lunch crowd of regulars. She loves spending time with family and friends, and cracking up the whole staff. 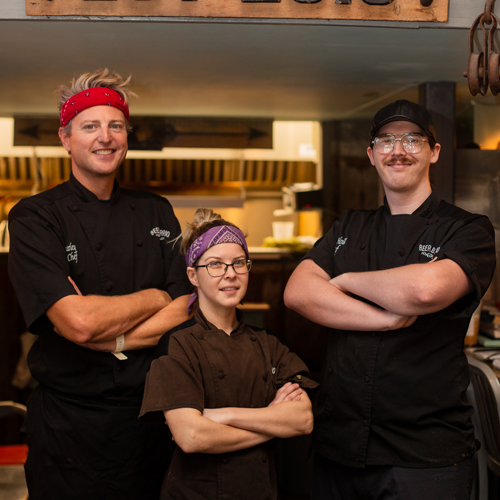 Head Chef Dakota Houser started as a busboy, but gravitated toward the kitchen, and transitioned over quickly. He oversees all kitchen operations from prep to ordering to sanitation and staffing. In his spare time you can find him watching Survivor or NFL football.

Sous Chef Taylor Watkins specializes in food preparation and training of back of house employees. She is also a fierce line cook, and force in the kitchen. She loves to hang out with friends and family, especially her cat, Britches.